How can solar power fuel transportation?

This is not a pipe dream.

1. Encitra is working with the City of Uppsala in Sweden to design such a system based on a presentation "How Can We Turn Sun Radiation into Automotion?" (pdf) at "The Future of Automotive Energy: Fossil Fuels, Agro Fuels or Photovoltaic Cells," hosted by The Swedish Institute for Transportation and Communications Analysis (SIKA) and Center for Sustainable Development (CHU) at the Royal Institute of Technology on November 6, 2007.

In that presentation it was demonstrated that solar powered podcars may be able to perform across the board 5 to 10 times better than the automobile: more than 10X lower operating costs, much more than 10X safer, 10X more efficient, 10X fewer emissions, 10X less land use, 10X less materials, etc.

Which countries will capitalize on this advantage? Certainly not a country which puts all of its dwindling natural resources into "improvements." It's too late for incremental change. We need a breakthrough.

2. Swenson Solar has just completed a 600 kW solar project in Santa Cruz where a canopy has been constructed just about like the one in the illustration above.

Solar transportation will happen. The only question is whether the USA will get on board soon enough to become a leader (exporter) rather than a follower (importer).

Congress might like to see the USA become a leader in developing new export opportunities. Will the USA lead or follow those already under way in the UK, Sweden, and the UAE, plus projects under consideration in China, India, etc.?

We have to shift our point of view. We have to automate with computer robotics something that is erroneously called an "automobile." We must take the "automobile" off the ground where it has imposed mortal danger to humans and animals for a century. Protecting the world's dwindling sources of oil has also put our youth in harm's way. That would be reason enough to change our point of view. After all, the automobile wasn't fashioned after a horse. 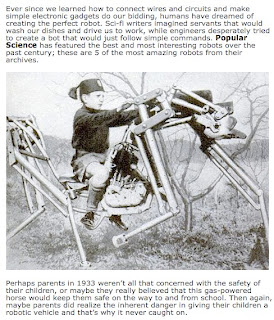 Returning now to the question,

How can solar power fuel transportation?

The answer is to get off fuels altogether. Use the flux of the sun and convert it to electricity.

Do President Obama and Congress actually want to get the USA off foreign oil? They need to know that flex fuels won't even get us close. Neither unfortunately will the electric car. It just isn't efficient enough. Solar podcars will use electricity as it is being generated (most traffic is during daylight hours) whereas the EV fleet will need mountains of batteries to be charged mostly at night, completely out of phase with travel time.

Congress needs to know that there is a solution that can be made right here in the USA, and won't require any fuel supply. Fuel -- any of that liquid stuff which goes into a vehicle's tank only to deliver a net efficiency of less than 1% -- in 2011 is as out of date as hay was becoming in 1911.

We will be able to build 5-10 miles -- including a permanent power supply -- for the budget in every mile of new high speed rail, and we don't have to worry about property acquisition or safety at grade crossings. We will use only the air rights over existing rights of way. Upgrade Amtrak to bi-directional passenger rails for far less and use the balance of the $500 billion envisioned to replace oil-based routine travel with solar.