The Wall. How Tall?

The Donald wants to build a wall and he wants them to pay for it.

The Donald wants to give away all the profits that could have been destined for America. And he wants to build it 30-40 feet high. That's to be expected from a man who thinks small, but there's little profit to be made in such a limited and limiting project.

Let's be ambitious. Let's build a wall 30-40 stories tall, from Tijuana / San Diego to Matamoros / Brownsville, something like this:


And there's plenty of support for the idea, including City Mayors from around the world.


Along the Rio Grande, it could look like this...

Now what does this have to do with solar nations? Well, take a look at this ... 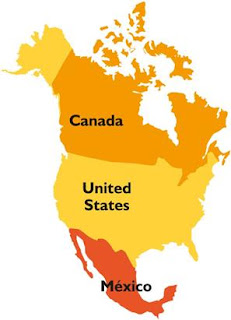 As you can see from the map, Mexico is south of the USA. So all the offices, shopping centers, condos, and podcar networks on the Wall will face south — from one end to the other.

Now you might ask how everyone in a high rise can have south-facing windows. Aren't half of the units going to face north?

Nope, not if we take Michael Graves' approach:


... which was modeled after Unite d' Habitation in Marseilles, the architectural scheme originally developed in 1952 by Le Corbusier:
Plus there will be Solar Skyways running continuously along the entire route, eliminating the need for Mexican Oil ... or oil of any sort, for that matter.

The election hasn't happened yet, so the future of "the wall" is to be determined. For now, I can say this much:
Let's build solar powered cities, along the border and beyond!